SIAF 2014 – the city’s first international art festival – will be held as part of the Creative City Sapporo initiative over a period of 72 days from Saturday, July 19 to Sunday, September 28, 2014, under the stewardship of Guest Director and globally renowned artist Ryuichi Sakamoto. The theme of the event is City and Nature. Globally active contemporary artists will contribute to this international art festival, which will provide opportunities for visitors to examine how cities can coexist with nature in the future. During SIAF 2014, a variety of projects will be implemented across Sapporo.
The entire city and its museums will serve as a stage for the event.

In August 2013, Shimabuku visited Sapporo along with SIAF2014 Guest Director Ryuichi Sakamoto to carry out research for new work for SIAF2014.
These works, to be presented during the festival, are based on the artist’s experiences in Sapporo at that time and during three subsequent visits.
It consists of two parts: Stone from Nibutani, in which a stone is rolled from the Nibutani district of Biratori, Saru-gun, a sacred site for the indigenous Ainu people, to Sapporo, and the other an interactive piece involving ancient stone implements. It will be presented outdoors in a central area of Sapporo. 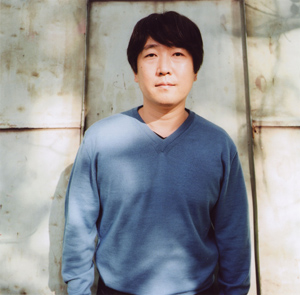 Coordinate Axes of Time: City and Nature Presented by Artists from Hokkaido

"Exchange a mobile phone for a stone tool" Venue

Competition for Ideas on Renovating the Former Sapporo Court of Appeals