Tomás Saraceno applies a vigorous spirit of inquiry to the creation of poetic and experimental works of art, with a vision that encompasses everything from microscopic biospheres to macroscopic galaxies while referencing organic imagery ranging from spider webs to bubbles to clouds. In addition to major international art festivals such the Bienal de São Paulo (2006) and the 53rd Venice Biennale (2006), he has earned widespread acclaim for large-scale indoor and outdoor installations in many locations around the world.

His well-known Cloud Cities series is aimed at creating a floating city consisting of modular residential units floating in the sky like clouds. Accustomed since early childhood to a life on the move, Saraceno has strong interest in mobile, borderless living environments. He connects this strikingly to the technological challenge of living in outer space, and has applied these concerns to developing a vision for a futuristic society in which people of different backgrounds can coexist.

At SIAF2014, Saraceno presents his Cloud Cities modules and works created from various different types of spider webs. The latter are part of a project inspired by scientific research showing the similarity of three-dimensional spider web forms to geometric structures on a cosmic scale, which resemble collections of filaments. By constructing hybrid spider webs unlike any found in nature, Saraceno produces a visual metaphor for the generation of the universe, and also raises a range of issues surrounding cooperation, coexistence, communication and networks within society. 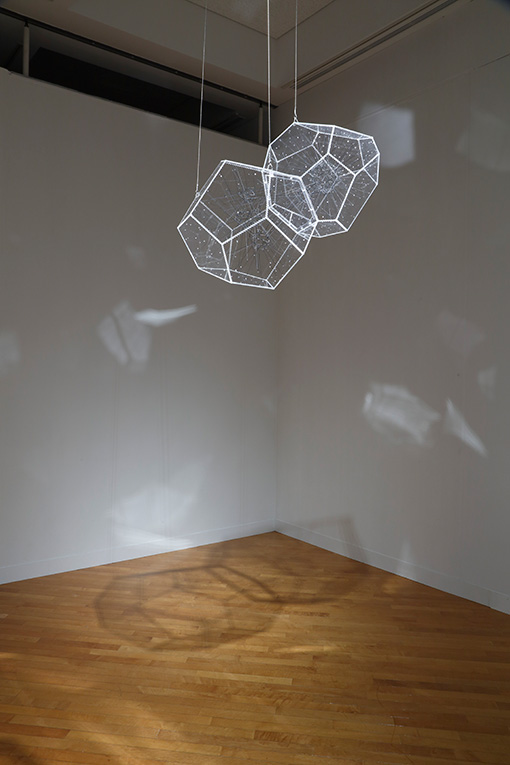