Keiji Tsuyuguchi established Fremen Commercial Photo Studio in 1989, and has been engaged in investigative and experimental work on the possibilities of photography and various modes of expression.
Since the late 1990s he has exhibited photographs focusing on the landscape and history of Hokkaido.
His Chimei (Place Names) series, begun in 1999, has been widely shown both at home and abroad, traveling to Paris and Rome before appearing in Japan, and earning international acclaim.
At SIAF2014, Tsuyuguchi will show a new work, Map of Water SAPPORO FUKUSHIMA, incorporating photos and videos from his Mizu no chizu (Map of Water) and Ishikari e (To Ishikari) series and recently shot video projections of Sapporo’s water sources and waterways in the vicinity of the Fukushima Dai-ichi Nuclear Power Plant.（ Sapporo Ekimae-dori Underground Walkway〈 Chi-Ka-Ho〉） 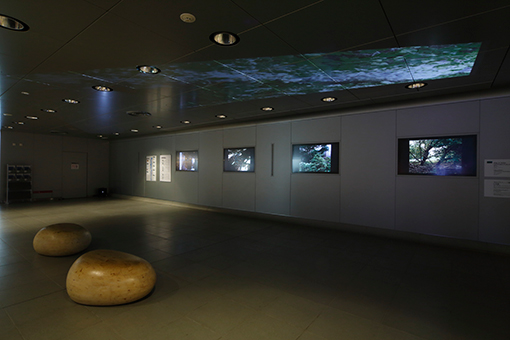