In Sapporo, Mayor Fumio Ueda (Chairman of the Sapporo International Art Festival Executive Committee) announced the official logo for the Sapporo International Art Festival 2014 during the 2nd mayor’s regular press conference of the 2013 working year. The mayor also announced the name of the logo’s designer along with explaining the meaning behind the design. 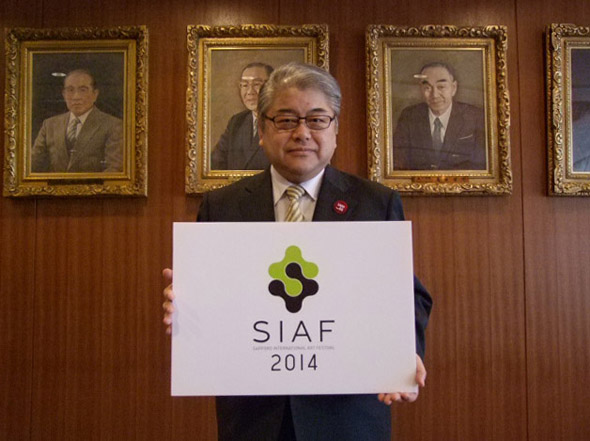